May 19th was a special day for TheFixedGearShop, since the first alleycat of this year happened that day. And it was… 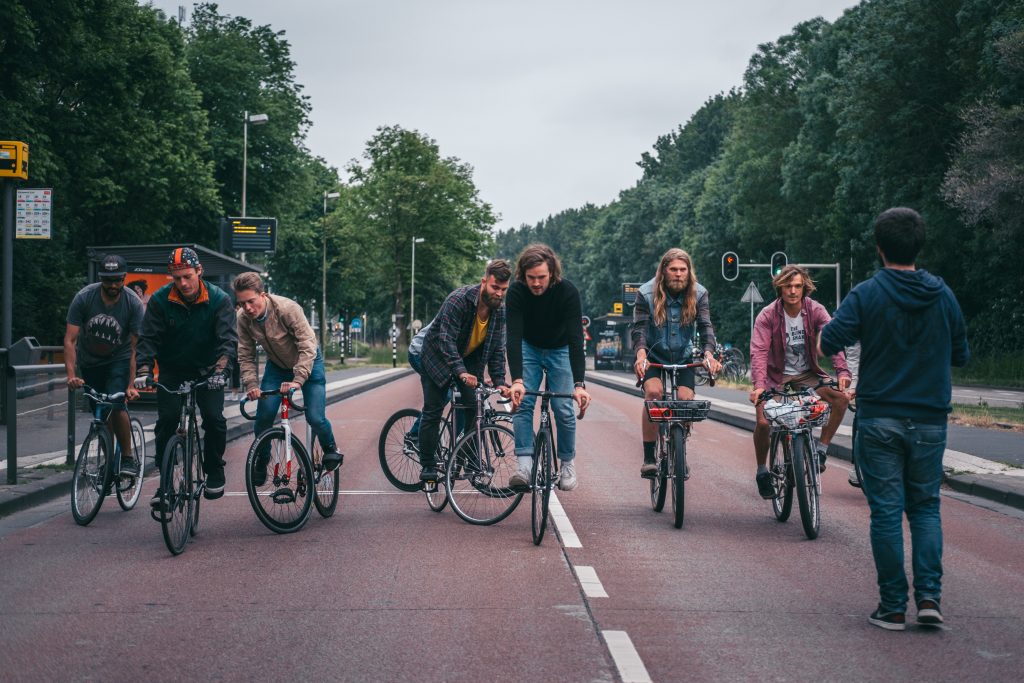 May 19th was a special day for TheFixedGearShop, since the first alleycat of this year happened that day. And it was a blast!

After the start, everyone rushed as fast as they could to reach their checkpoints. This time, there was no preset order for the checkpoints to go through so each rider had to decide for themselves where to go first. Arriving at each of the 6 checkpoints, our racers did not expect the challenges that were waiting for them. From carrying an egg through entire race to 25 pushups or downing a beer, these were some of the tasks they had to deal with in order to get their manifestos signed while riding around the city of Utrecht. After the race was done, we had our traditional BBQ and beers here at the HQ. The podium was divided in fixed gear and non-fixed gear so things would be fair and everyone who deserved a prize to get one. This alleycat’s first place winners, Carlos and Bas, went home with some sick new frame sets sponsored by Unknown Bikes and Fabric Bikes.

With full stomachs and some nice chitchats, the day evening continued with a track-stand competition and a make-shift slow race on the street in front of the shop.

So yes, the first TFGS Allleycat No.1 was a success and we all had so much fun. Stay tuned for the after-movie and new pictures from the event! Also, we want to say a big THANK YOU for our sponsors: 8bar, Brick Lane Bikes London, State Bicycle Co., Unknown Bikes, Fabric Bike and Ass Savers!

Now, it’s time to prepare yourself, because our second Alleycat is happening in 8thof September, where we will be exploring city of Amsterdam. See you there!

A quick guide to frame materials

Essentials for riding in the summer!

How to find out what bike size you need!